Banned in SC- Hosted by Jonathan Shankle from the Holy City of Charleston, SC, Banned in SC is your weekly exploration of all things LOUD! 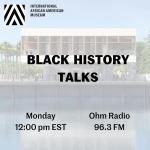 Black History Talks– Dr. Bernard Powers is the founding director of the College of Charleston’s Center for the Study of Slavery in Charleston and a professor emeritus of history at the university. He’s an expert on African American history and culture and the role of slavery in American history. During his show, Dr. Powers walks listeners through the importance of studying black history while highlighting our nation’s most honorable black historians.

Marty’s Mood– Marty analyzes the vibes and energy of the day and spins a few tunes to reflect. Get in touch with your feelings every Thursday at 4. Featuring local musicians, demos, and unheard artists.

The B Section Podcast– Host Brett Belanger dives into instruction and discussions on all aspects of music with an emphasis on Jazz.

Dancing in the Dark– Turn down the lights, slip off your shoes, and go dancing in the dark with with host Matt Williams, as he plays mellow rock-n-roll tracks along with some atmospheric, funk.

Divine Dance Party– Hosted by Cathryn the Grateful, Divine Dance Party is all about music and movement. Cathryn’s joy generator is movement as medicine – dancing through life. She has a dance sanctuary in her home on James Island near Charleston, SC where she hosts global DIVINE DANCE PARTY as well as intimate group dance and individual movement healing.

Dub U Crazy– Are you a fan of dub music? Then this is the show for you! Host Kat Skinner for an exploration of all things dub and beyond.

Easy Does It– On the Easy Does It Radio Hour, host Kate Ledbetter keeps the vibes high and the decibels higher while sharing fire tracks from around this glorious globe! Kate diligently and delightedly researches music history and musician’s stories. Illustrating music’s profound ability to connect people while working with the “Easy Does It” mantra Kate creates an hour of thoughtfully curated music, a message of open-minded acceptance and nothing short of a love fest. See you on the other side! 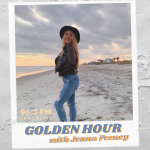 Golden Hour– Join host Jenna Feeney as she walks us through her favorite tunes of the moment, as well as the songs that have inspired here throughout her journey as a singer/songwriter!

Hans FM– Jam out to alternative tunes and vintage rock, often with a theme!  Tune in for your dose of rock classics and music history.

Live and Local– Playing all local music, chatting with artists, and talking about what is going on in the Charleston Music Community!

My Classical Closet– A local opera singer bringing digestible classical music to you, straight from her personal repertoire. Enter Mary’s Classical Closet, with musical selections as eclectic as her wardrobe. Join Mary and learn new musical terms featuring all music; everything from baroque opera to modern day film scores!

Off Key– Off Key is a radio show that delves into the stories behind popular music. Not the usual bio trivia show, Off Key hopes to reveal the lesser known backgrounds of music everybody knows. Interspersed between the bizarre, surprising, humorous, and at times, criminal tales are snippets of relevant songs. Hosted by Nate and Jeff Yungman. 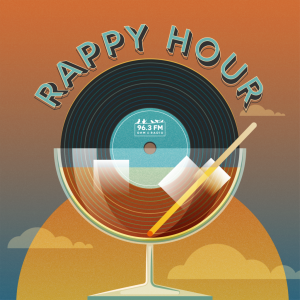 Rappy Hour– Hosted by Zach Giglio, Rappy Hour is a show for rap fans and for anyone who wants to dive into the Hip/Hop and Rap world with a curated playlist. Featured 3PM on Fridays to get your weekend rolling! 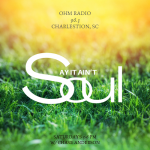 Say It Ain’t Soul-  A soulful blend of rock, pop, reggae, rhythm and blues. Anything goes as long as it’s got soul.

The Scientist’s Laboratory– DJ Matt Jones hosts a show with multi-genre dissection of music. Barbershop humor sprinkled in with current events, funky fresh and habit forming. Tune in to the lab for pure random unadulterated madness with The Scientist

Song Story– Host Erel Pilo interviews musicians about the lyricism behind a specific song of theirs!

Steve’s House– If you’re in the neighborhood, make sure you stop by Steve’s House where host, Stephen Washington chats with guests from the Music & Arts community. 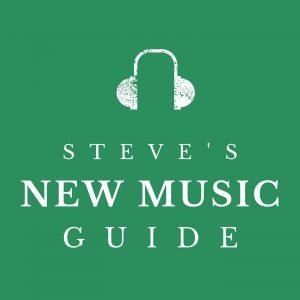 Steve’s New Music Guide– Welcome to the Steve’s New Music Guide podcast! Every Sunday since the Spring of 2020, host Steve Fletcher has sent an email with a handful of his favorite newly-released tracks from indie folk, Americana, rock, soul, blues, singer-songwriter, and more. And now there’s a podcast that goes into a little more depth on each song. Every week Steve will give you a taste of some of the best brand-new music out there! 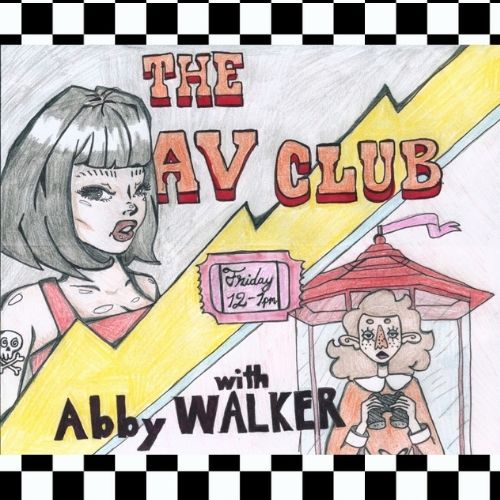 The AV Club– Movie Night with nothing to watch? Road Trip stuck with the same ol’ tunes? You’ve gotta ask yourself one question,”Do I feel lucky?” Well, do ya, punk?! The Audio Visual Club specializes in bringing one local musician and cinephile’s semi-pretentious (and seemingly infinite) list of films featuring delicious soundtracks/scores to the public. Pop that corn-part film analysis, part music analysis, always a party. Hosted by Abby Walker.

The Tapers Section– The Tapers Section is a show dedicated to live music recording. Most notably in the Jam Band circuit; with somewhat of a focus on shows recorded in and around the Charleston area. The latter portion of the show is devoted to local artists and their live performances.

The ZD Experience– Conversations and music to stimulate the mind, body, and soul. 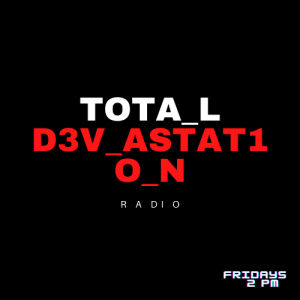 Total Devastation-Total Devastation will focus on a full spectrum of emotional phenomena with an emphasis on the overlap of post punk/new wave with earlier hip hop around the late 70s and early 80s. A large portion of Total Devastation will involve the 5 boroughs of NYC, but we’ll travel all over listening to artists who were among the first pushing for originality. There will be current indie hits with several layers of rhythm with elements of nearly every genre. Interesting factoids and artistic connections abound. Join Angry Dave every Friday.

Travel Notes– Hosted by Grace McNally, Travel Notes is a show that uses music as a medium to explore the world and ways in which we are all connected. Listeners will travel to the far corners of the globe – listening to people & musicians who illustrate the richness of the culture, music and similarities between seemingly different parts of the world. Pack your bags Charleston, our next trip is just around the corner!

Tributes– Host Garrett Garnos highlights and documents the prolific music careers of various noteworthy artists. From The Beatles to James Brown, this show is sure to entertain and educate with an extra dose of personality!

Up and Adam– Hosted by Adam Chandler, Up & Adam is an engaging weekly music show featuring a fun and adventurous mix of classic and contemporary tunes ranging from folk to funk with lots of great stuff in between! 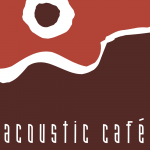 Acoustic Café– Acoustic Café is a two hour weekly radio show, and an independent media production of RDR Radio, LLC. The program is produced and hosted by Rob Reinhart, who started the show in 1995. Each week, listeners around the globe tune in to Acoustic Café to hear the latest from today’s great songwriting talents. It’s hard to put a definitive label on Acoustic Café’s music selections. After all, a good song is a good song… any individual set of music could contain a bit of country, rock, blues, folk, pop… and more!

Blues Before Sunrise– Blues Before Sunrise showcases blues as part of a cultural landscape that includes jump and jive, rhythm and blues, swing, doo wop, gospel, comedy, and recitation, and never is the music presented as kitsch or retro fashion in the way that some music has been exploited and trivialized.

Children’s Hour– The Children’s Hour Inc is a New Mexico based non-profit organization that creates broadcast media that is educational, entertaining, and engaging, and also includes kids who participate in its creation. The Children’s Hour produces and distributes high-quality children’s media, that’s cultivated through community involvement and immersion. This award-winning kids’ public radio program can be heard on public radio stations across the United States and Canada.

Days Like Nights– In the DAYS like NIGHTS radio show, Eelke Kleijn plays a selection of his favourite records of the moment. He also plays recorded live mixes from his gigs around the world. Recent guests include Nick Warren, Jan Blomqvist, Petar Dundov, Dominik Eulberg, Budakid and Mees Salomé among others.

Deep Threes– Deep Threes is the weekly radio show that brings you eclectic instrumental soundscapes that fuse jazz, electronica, soundtracks, modern classical, experimental music, and more into extended mixes. “Deep” is a nod to the deep tracks of heard on freeform radio. “Threes” refers to the MP3s that fill up our hard drives and computing clouds.

Democracy Now!– A daily, global, independent news hour hosted by award-winning journalists Amy Goodman and Juan González. Reporting includes breaking daily news headlines and in-depth interviews with people on the front lines of the world’s most pressing issues. On Democracy Now!, you’ll hear a diversity of voices speaking for themselves, providing a unique and sometimes provocative perspective on global events.

Grateful Dead Hour– A weekly audio postcard from the wide musical world of the Grateful Dead. Since 1985, the show has featured exclusive interviews, music from the roots and branches of the band’s musical family tree, and of course a generous helping of unreleased live and studio recordings. 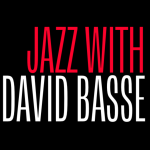 Jazz With David Basse- Jazz with David Basse surveys jazz’s wide range of forms and influences. You’ll hear everything from roots music and rare classic cuts to blues, Latin and the latest releases. Drawing on his lifelong experience as a jazz musician and recording artist, David punctuates his handpicked tracks with insights, anecdotes and interview snippets that bring to life the quintessential American musical genre.

Mixtape with Pat Brickson– Relive the excitement of the cassette era mix tape! Each week is a different theme and a set of songs to match that theme. “I call my show the Mixtape because I choose a theme for each show and play a bunch of songs to match that theme. A lot like the mix tapes I used to create back in the cassette era. My tastes are pretty broad so you’ll get a chance to check out a variety of pop music styles. I may even have a guest co-host from time to time just to shake things up. If you want to hear something unique then this is the radio show for you. Just make sure to have your cassette cued up and ready to record!” – Pat Brickson, host

Music in The Air– Music in the Air is an incredible travel into house, deep house and nu-disco sound selected by Villahangar’ s Djs and the best house Djs.

Musician’s Spotlight-Voted “Best Non-Commercial Program” by the Montana Broadcaster’s Association, Musician’s Spotlight is a weekly, prerecorded, 60 minute program featuring music and conversation by a wide range of musicians and groups. The program is hosted and produced by John Floridis, in association with Montana Public Radio.

Redolence Radio– Redolence Radio is the weekly podcast of Redolent Music, a new label founded by DJ Chus and La Santa, that represents a multi-cultural and eclectic group of new talented producers from all over the world. Redolent Music is the reminiSCENT of ancient tribal dance music, ethnic deep sounds, evocative rhythms, suggestive vocals, and scented drums that bring them into a modern Electronic Music realm.

We're not around right now. But you can send us an email and we'll get back to you as soon as we can!